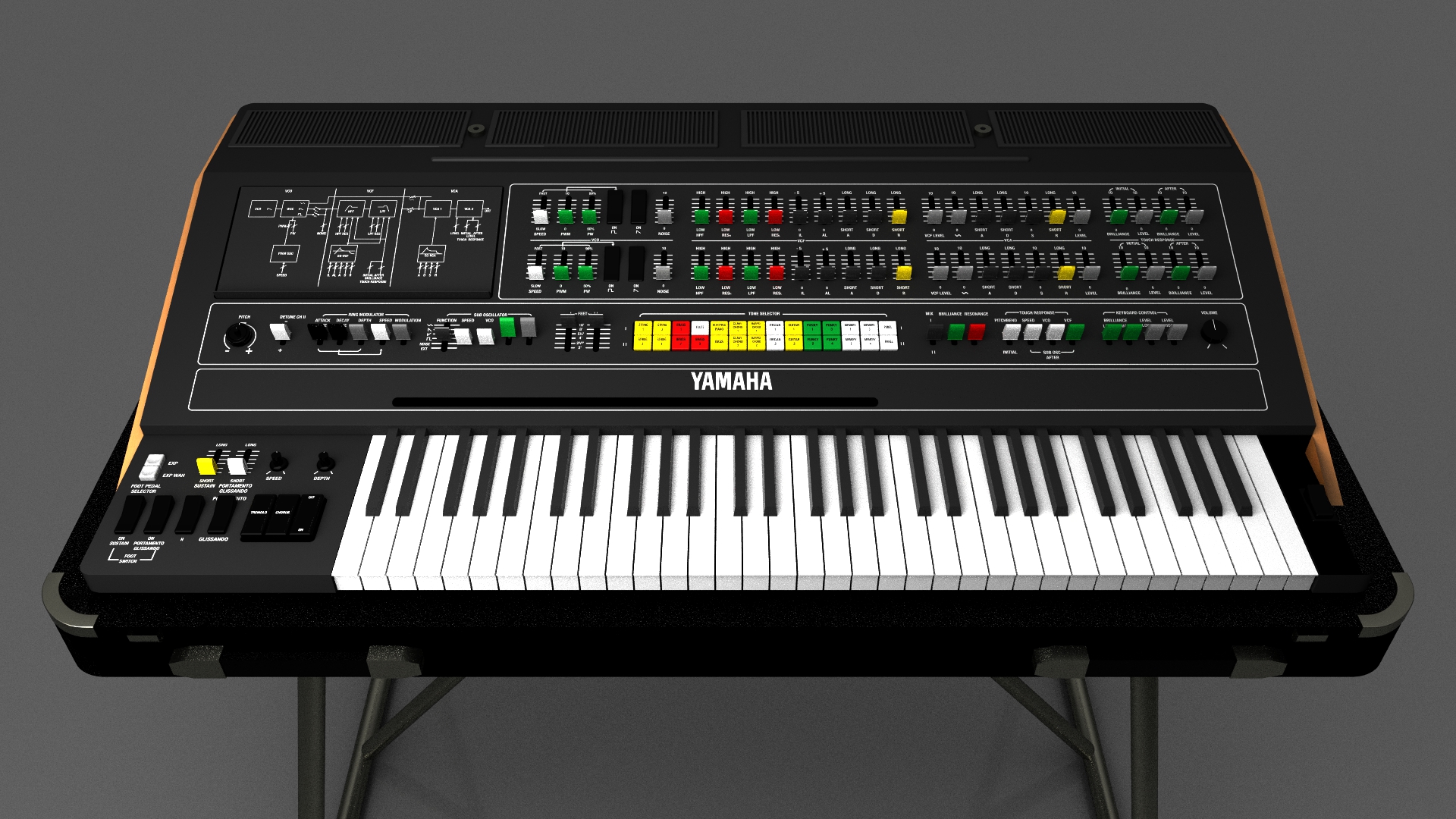 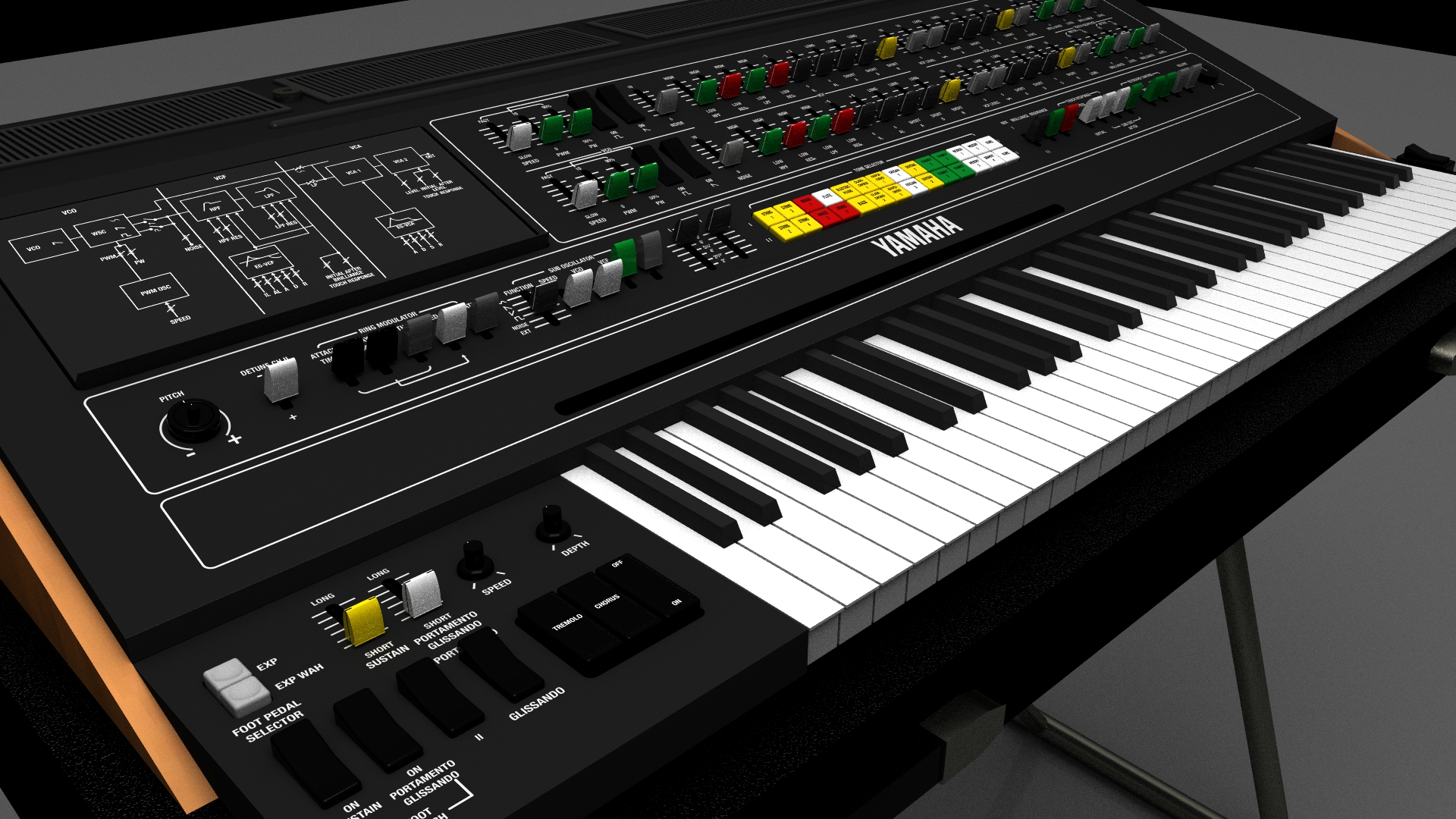 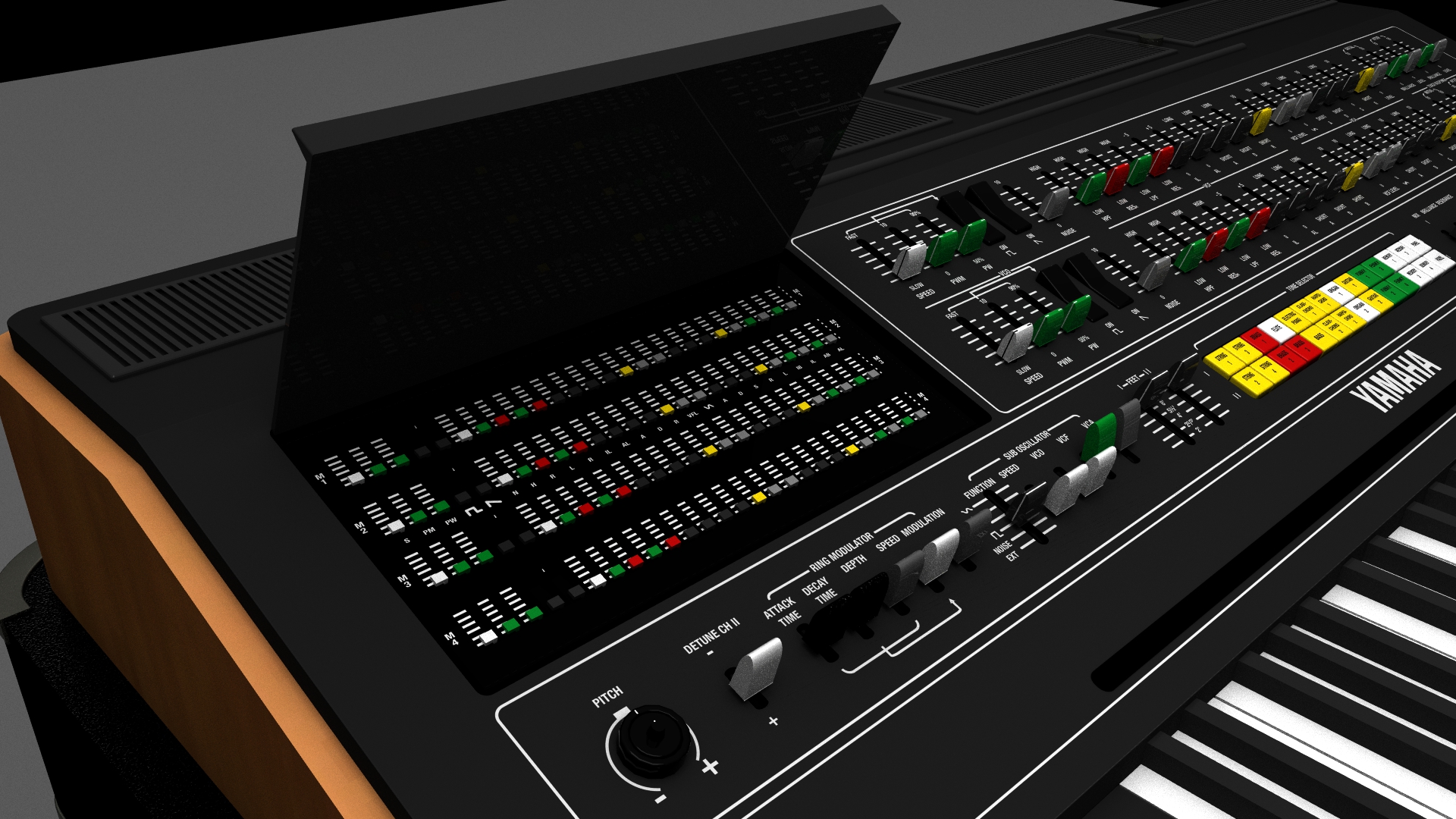 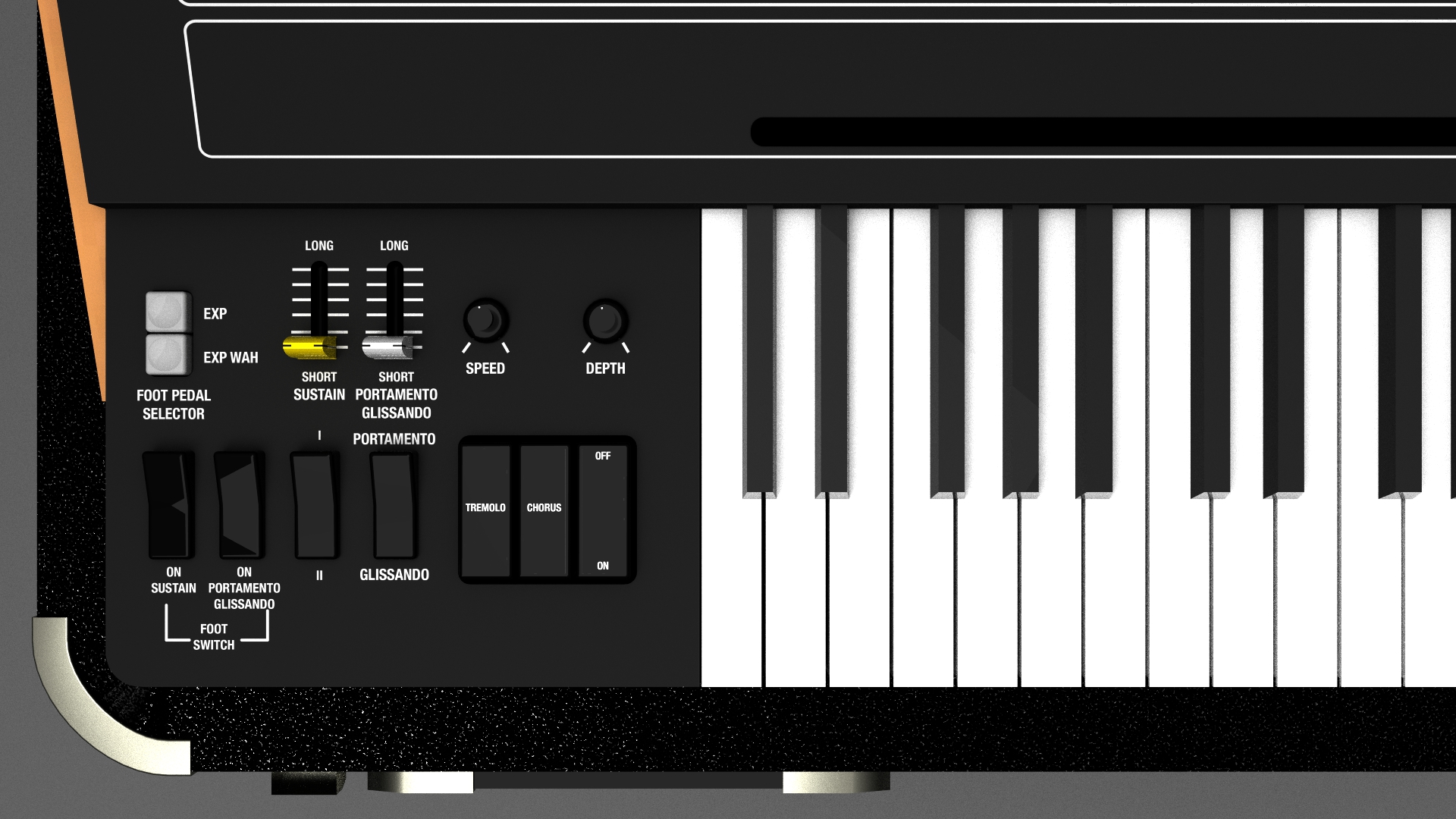 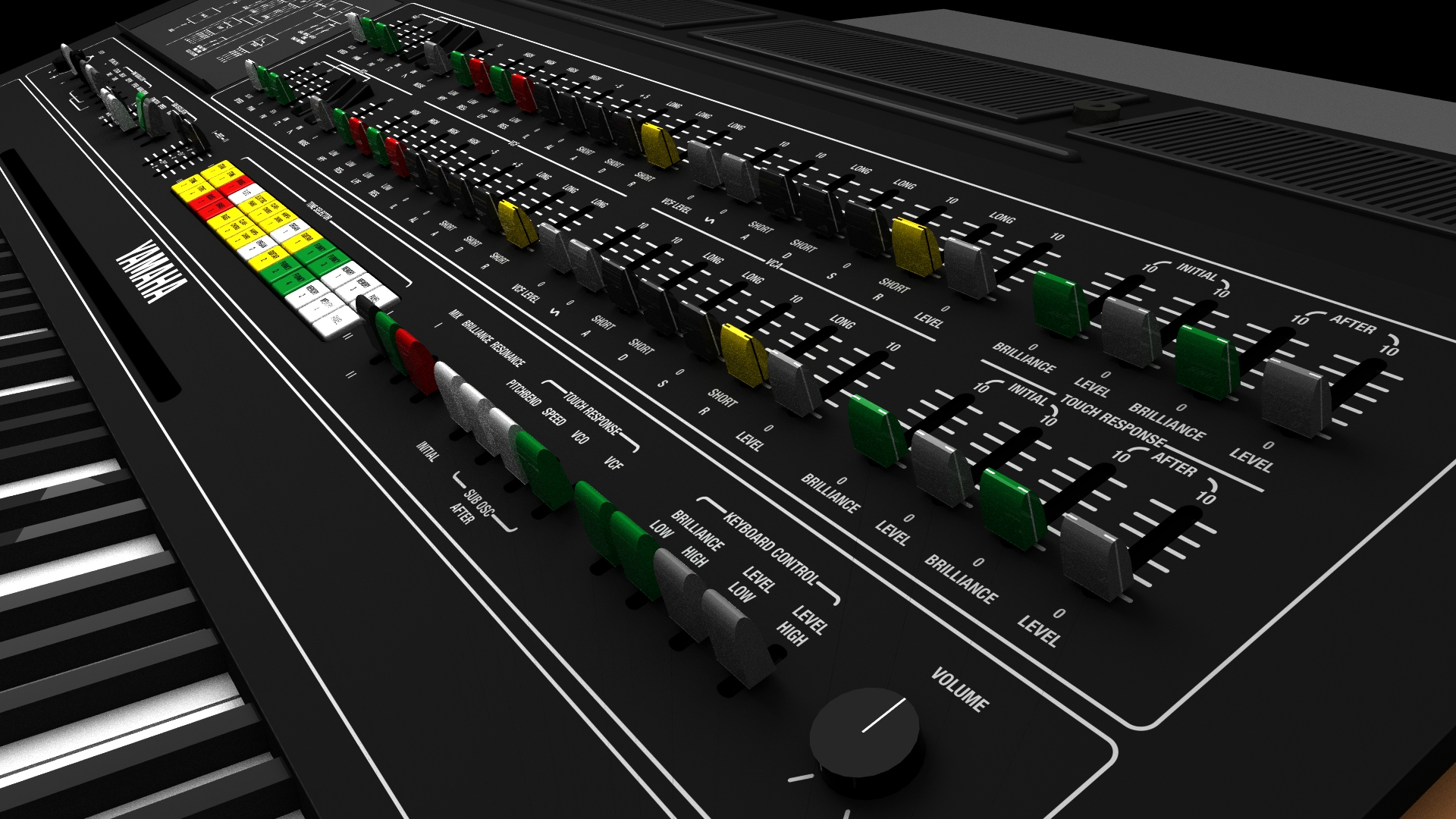 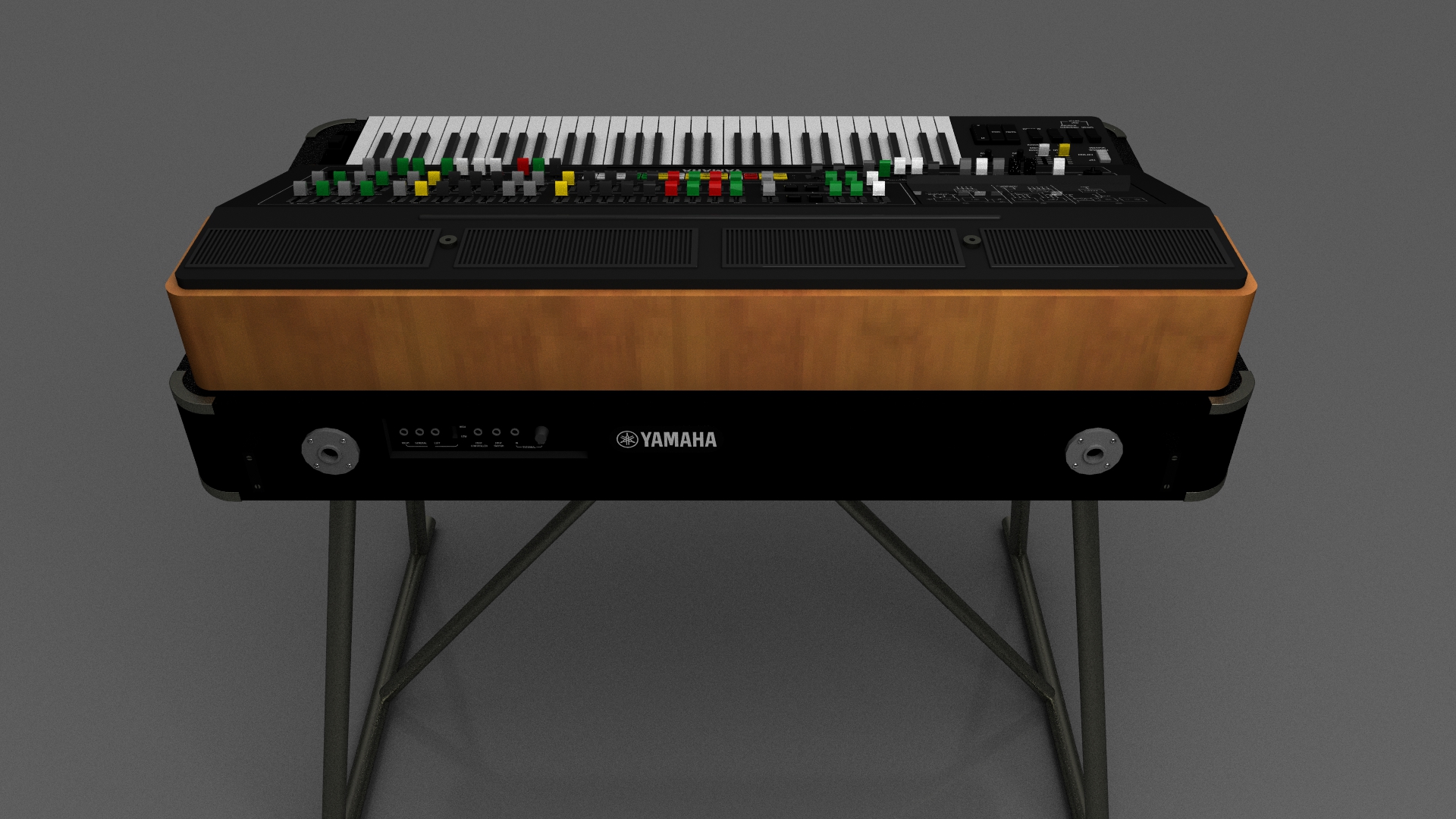 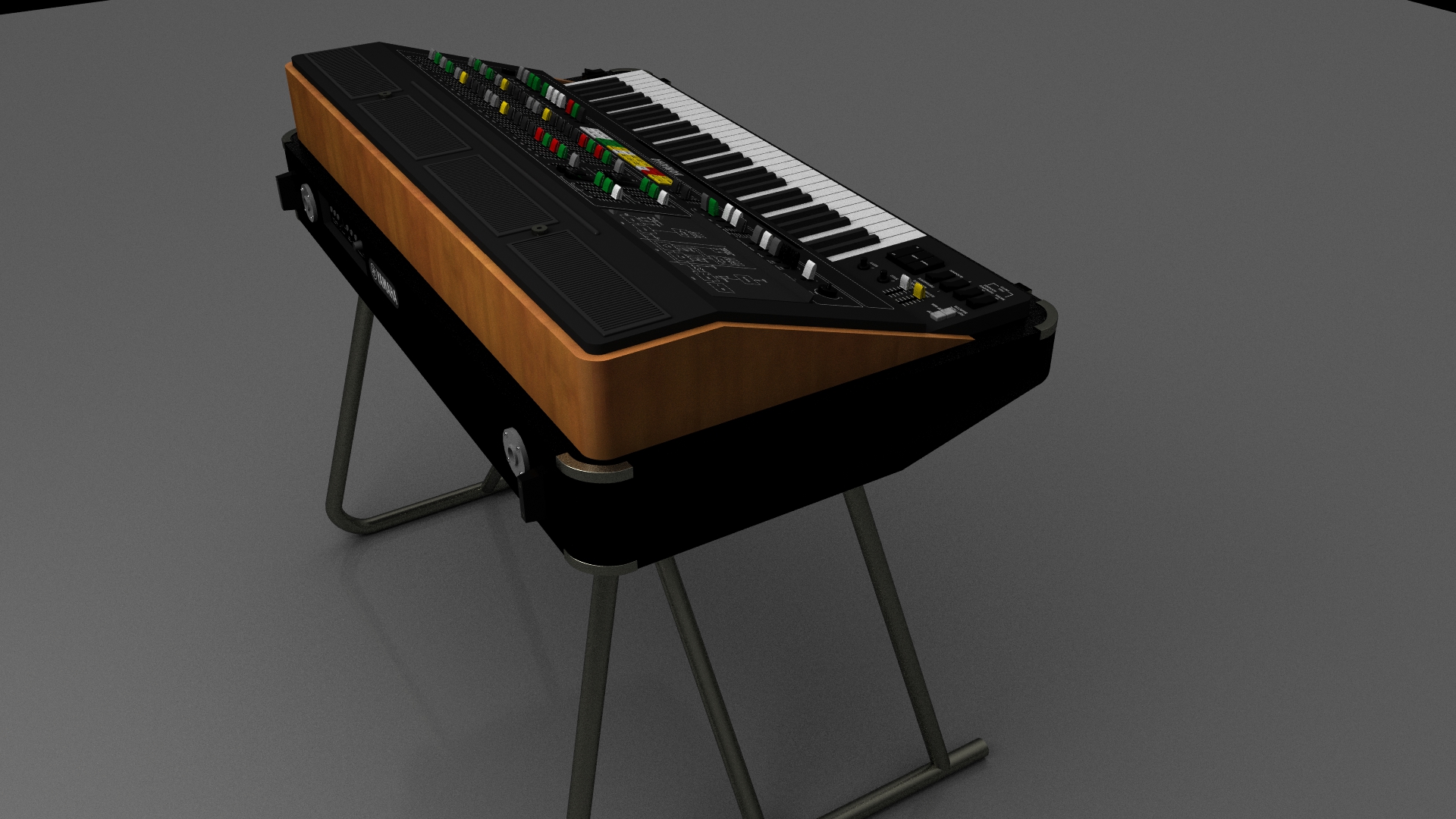 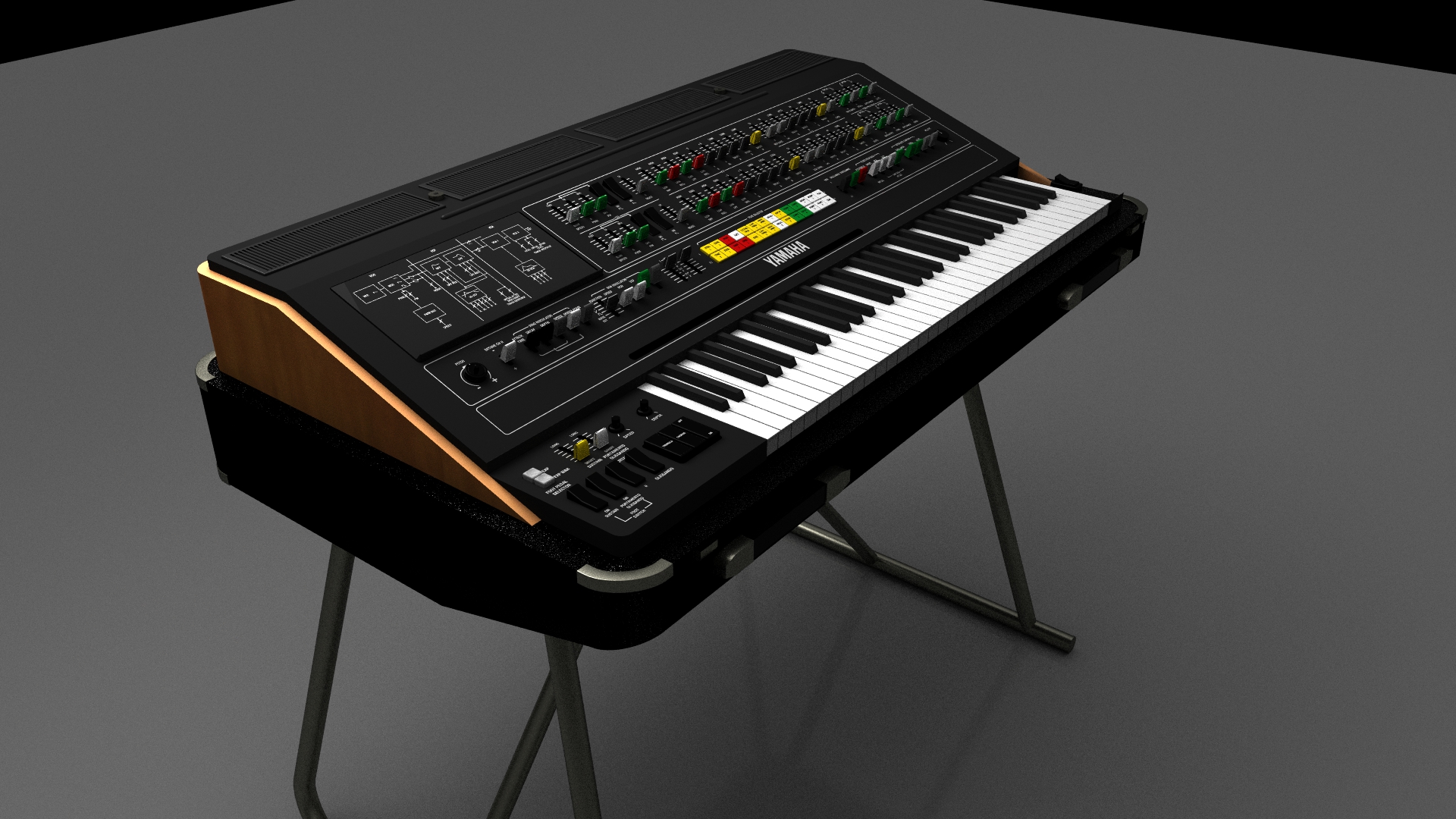 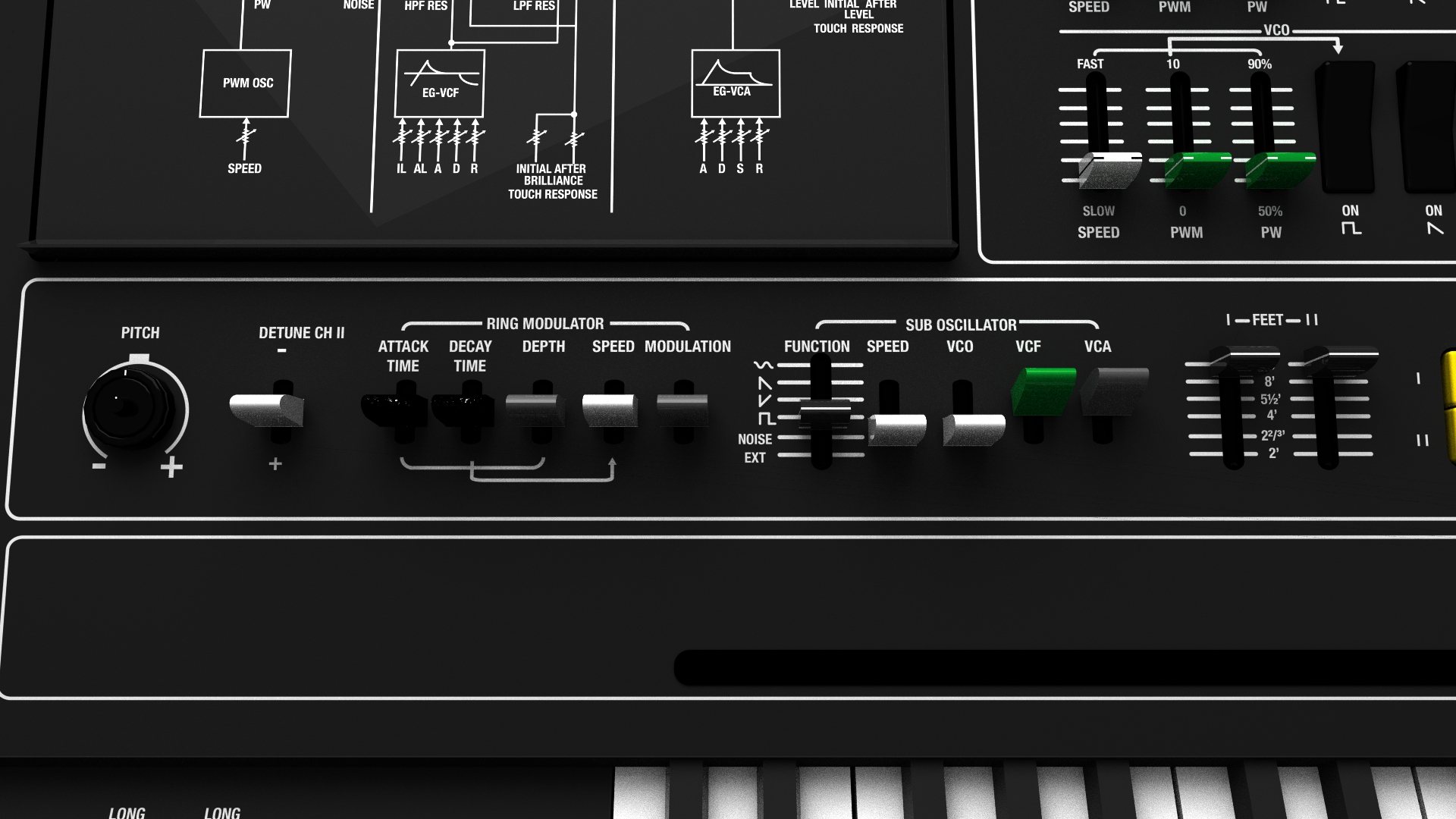 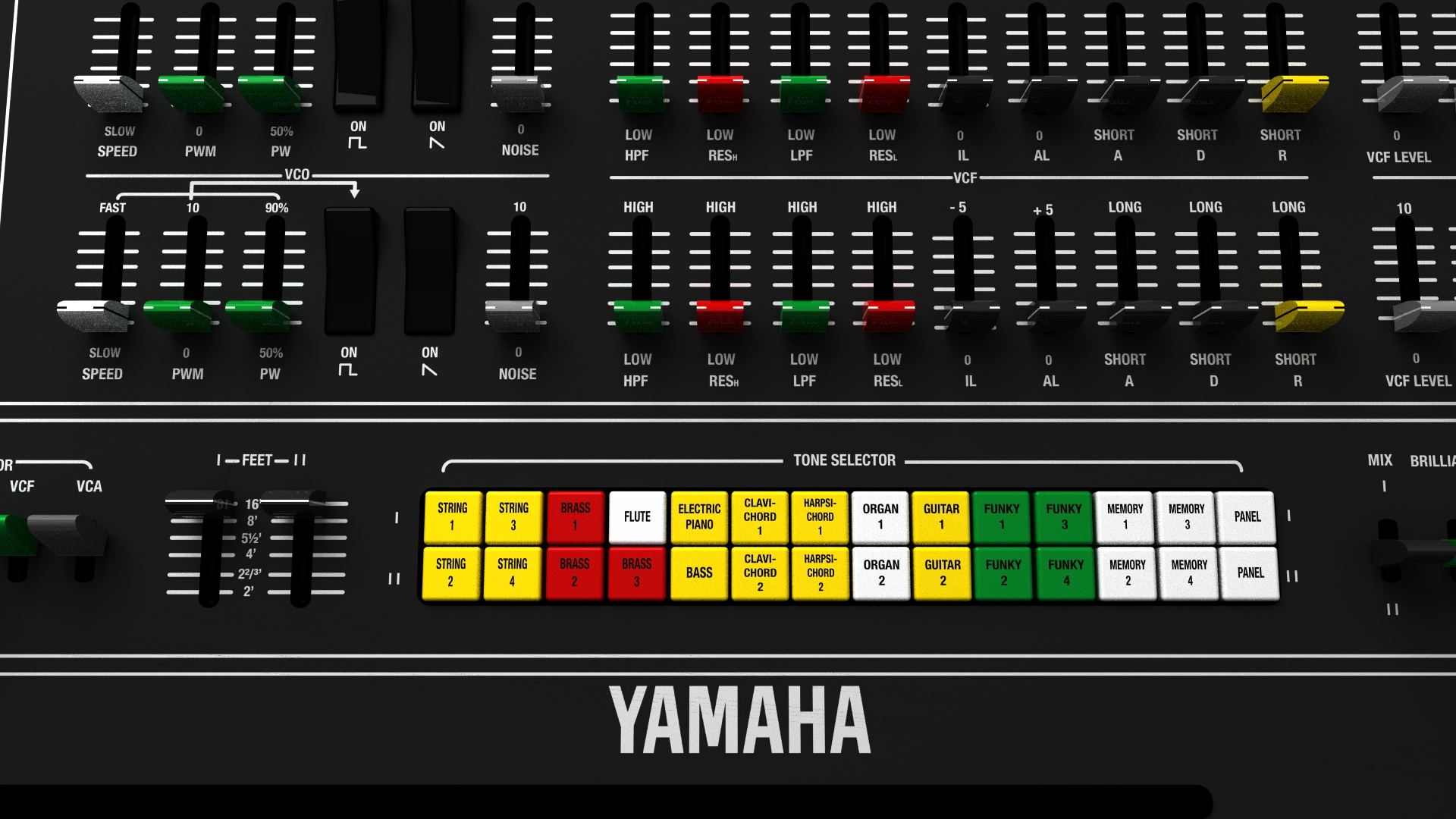 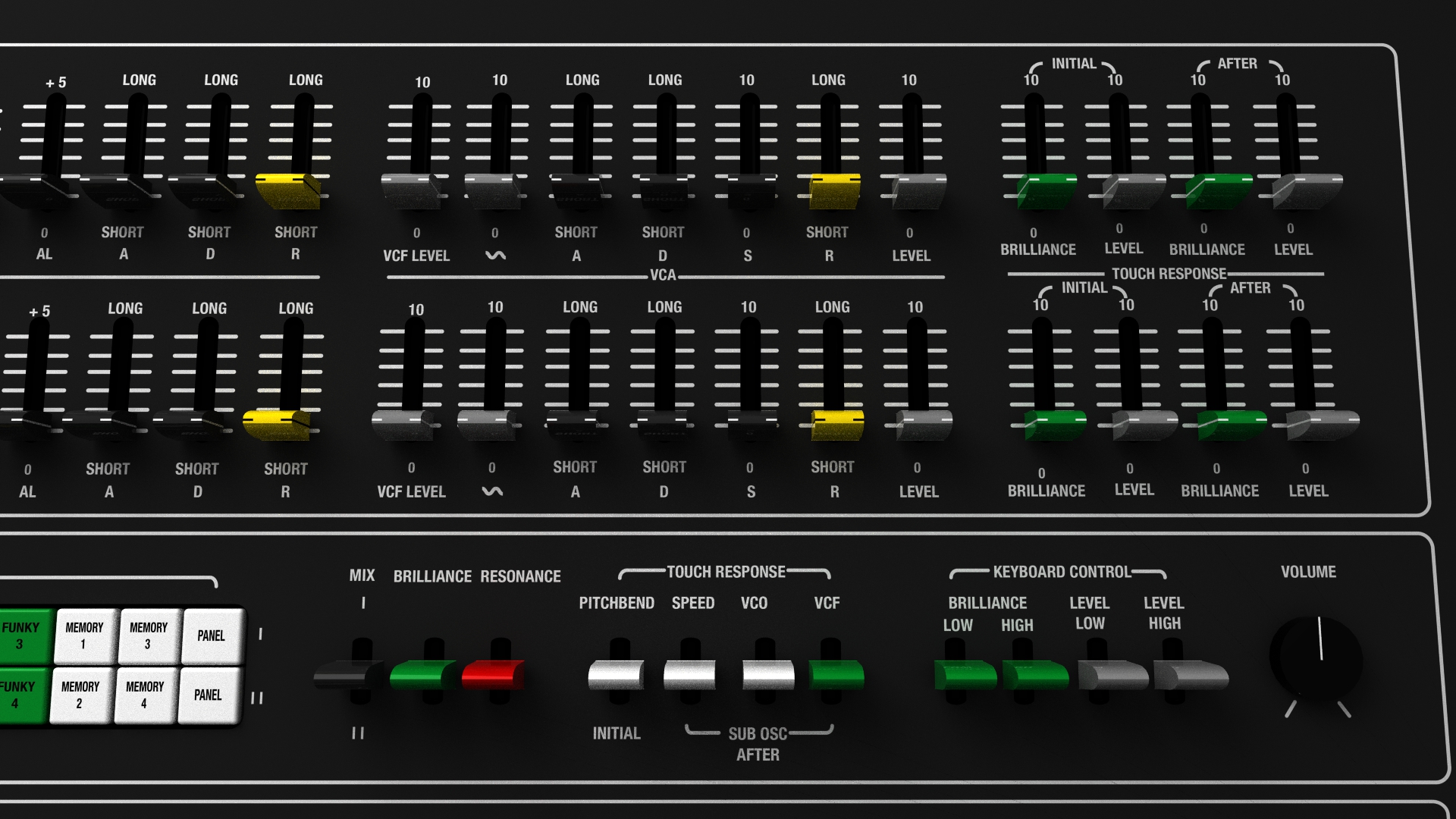 The CS-80 was a monsterous synthesizer in every aspect of the word. It was released in 1977 by Yamaha Corporation, and was one of the very first true polyphonic synthesizers commercially available. The CS-80 pre-dated the Prophet 5 by a year and the Oberheim OB-X by several years offering 8-voice polyphony with a 61-note weighted keyboard, polyphonic aftertouch and other performance controls. Each voice fed a single VCO into a LPF into an HPF and into the final VCA with ADSR envelopes and LFOs for vibrato, filter sweeps and PWM. And there were two of these per voice. The CS-80 had two totally separate synths on each of its eight voices so that, in effect, you were playing 2 x 8-voice synths from the keyboard. These could be set to produce different sounds making it possible to layer sounds effortlessly. Alternatively, both synths could be set to produce the same sound for big detuned textures.

The CS-80 was the first synth to provide memories. Well, sort of. Just above the ribbon controller were two rows of 14 brightly coloured buttons that selected 11 factory presets for each synth layer. And you could also store your own sounds.

Underneath a lid on the top left of the upper panel there were four  banks of miniature sliders that were a duplication of the main panel controls. These controls were used to program the sound you wanted to store and these could then be recalled using the four white memory buttons (2 user memories for each layer) at the far right of the presets bank. It was primitive but it worked! Two further memory buttons effectively provided two extra user memories - the settings on the main panel.

But the CS-80 had its downsides; It was big (121 x 31 x 69 cm), heavy (100kg) and expensive ($6900 in 1977 equeals approx. $30 000 in 2020). Each voice was a completely separate synthesiser on its own circuit board, so tuning and calibration could be a nightmare. The calibration controls were on 'trimmer' pots on the circuit boards and these could slip during transport, requiring a complete overhaul before a performance.

All in all the CS-80 became quite popular among those who could afford it. On the list of notable users we'll find the likes of 10cc, Tony Banks, Kate Bush, ELO, Peter Gabriel, Jean Michelle Jarre, Klaus Schulze, Kraftwerk, Ultravox, Stevie Wonder, Yellow Magic Orchestra and Michael Jackson. Greek composer Vangelis named the CS-80 his favourite instrument and he scored several films using it. Among them you'll find the film 'Blade Runner' to carry an iconic CS-80 score. English musician and composer Eddie Jobson used the CS-80 in several projects he contributed to. His composition 'Alaska' (opening track on side 2 of U. K. - U. K.) inspired synthesizer manufacturers throughout the 80s and 90s to try and copy that sound and name the preset 'Alaska'. The CS-80 went to Alaska first....

In 2015 Yamaha released Reface, a series of small portable synths that pays tribute to classic Yamaha keyboards. The Reface CS carries the legacy of the CS-80