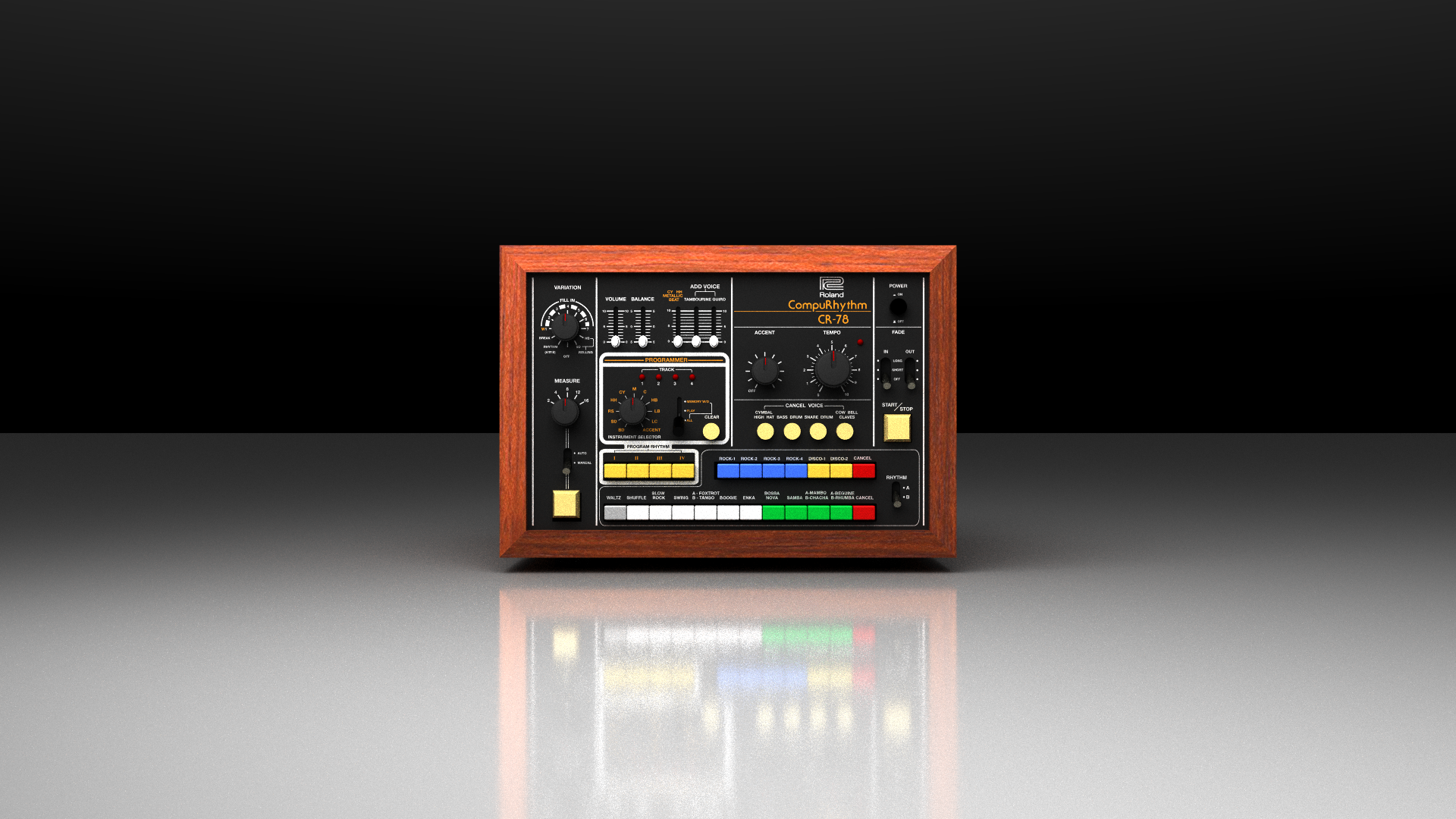 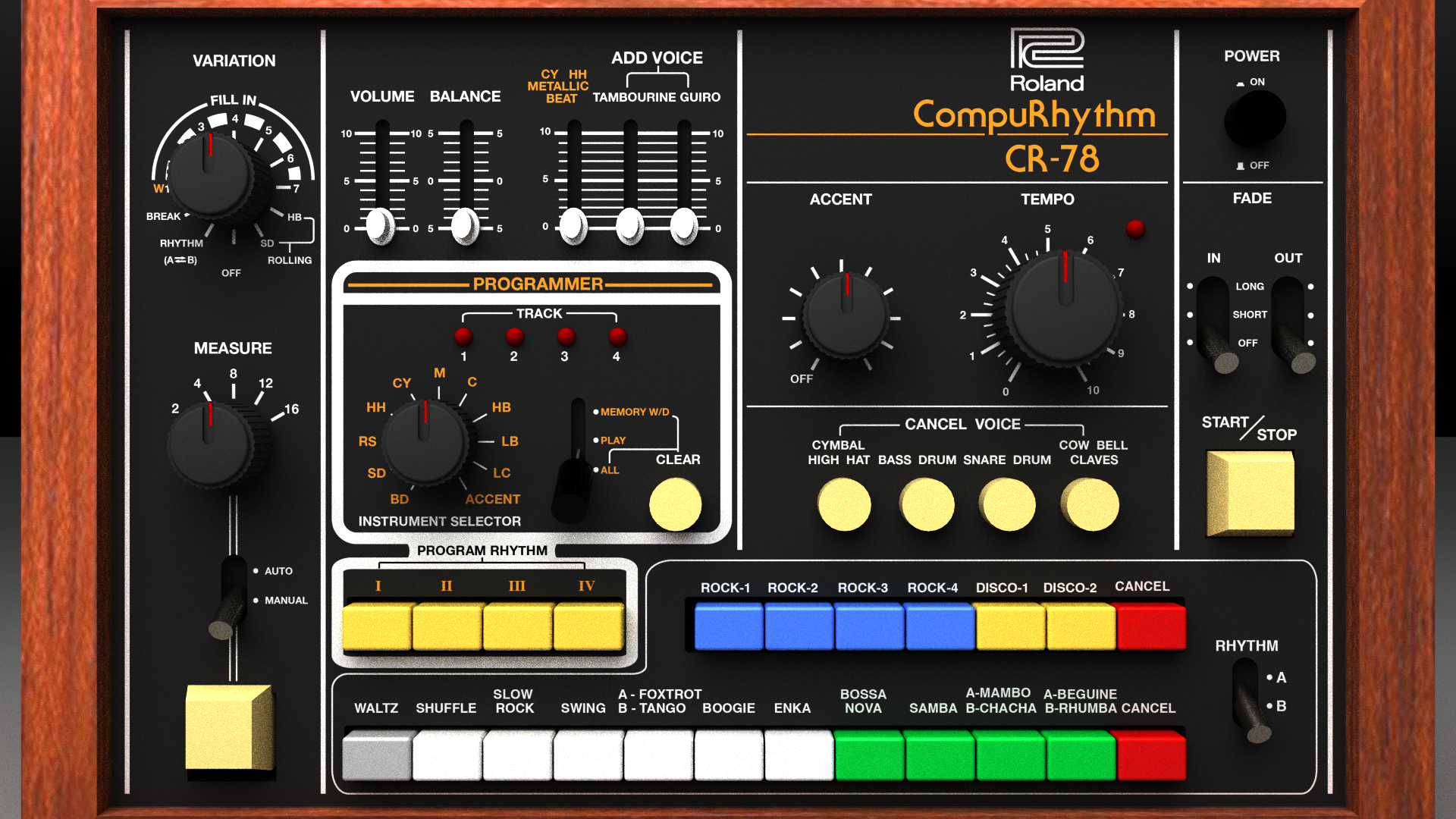 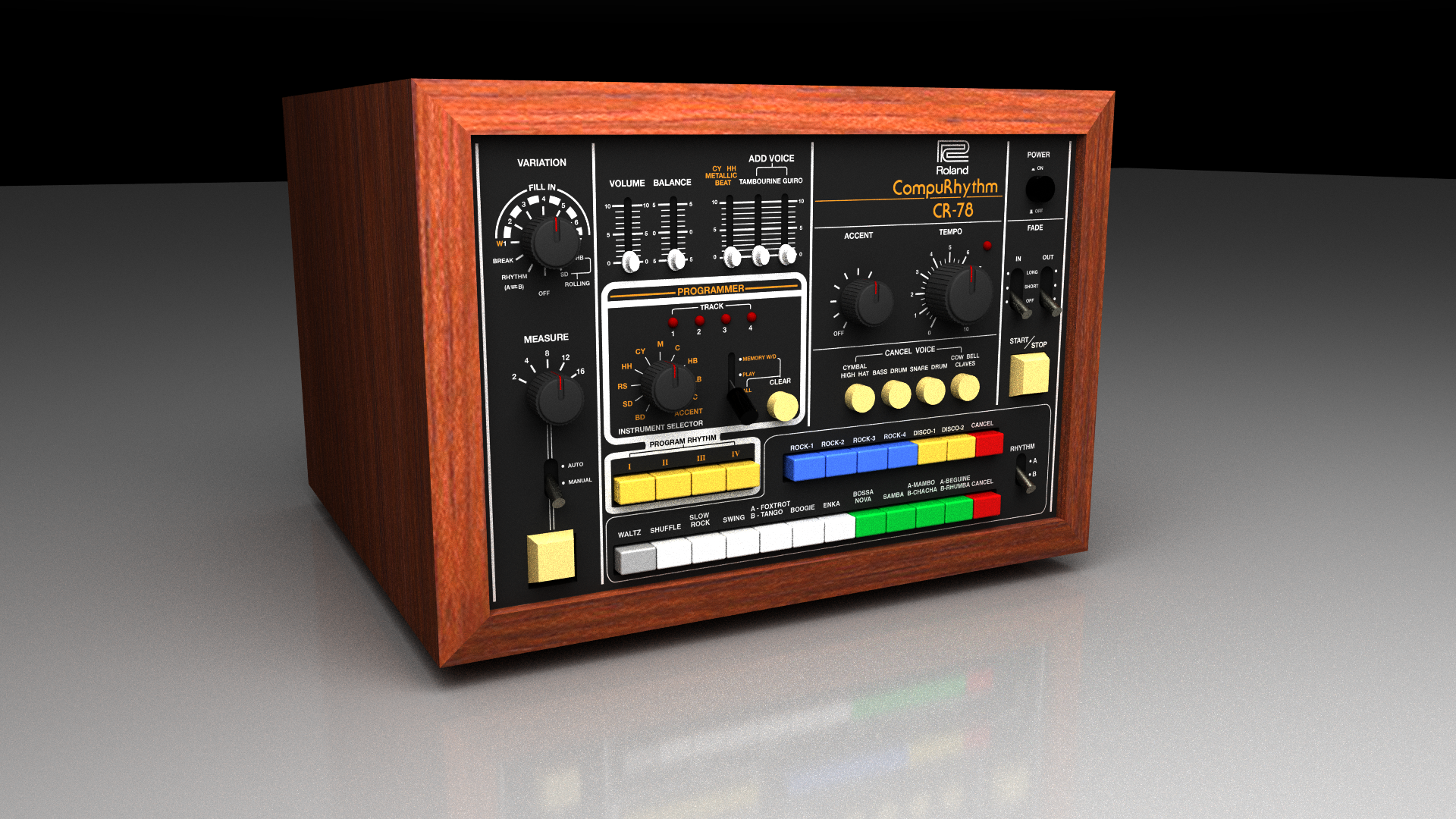 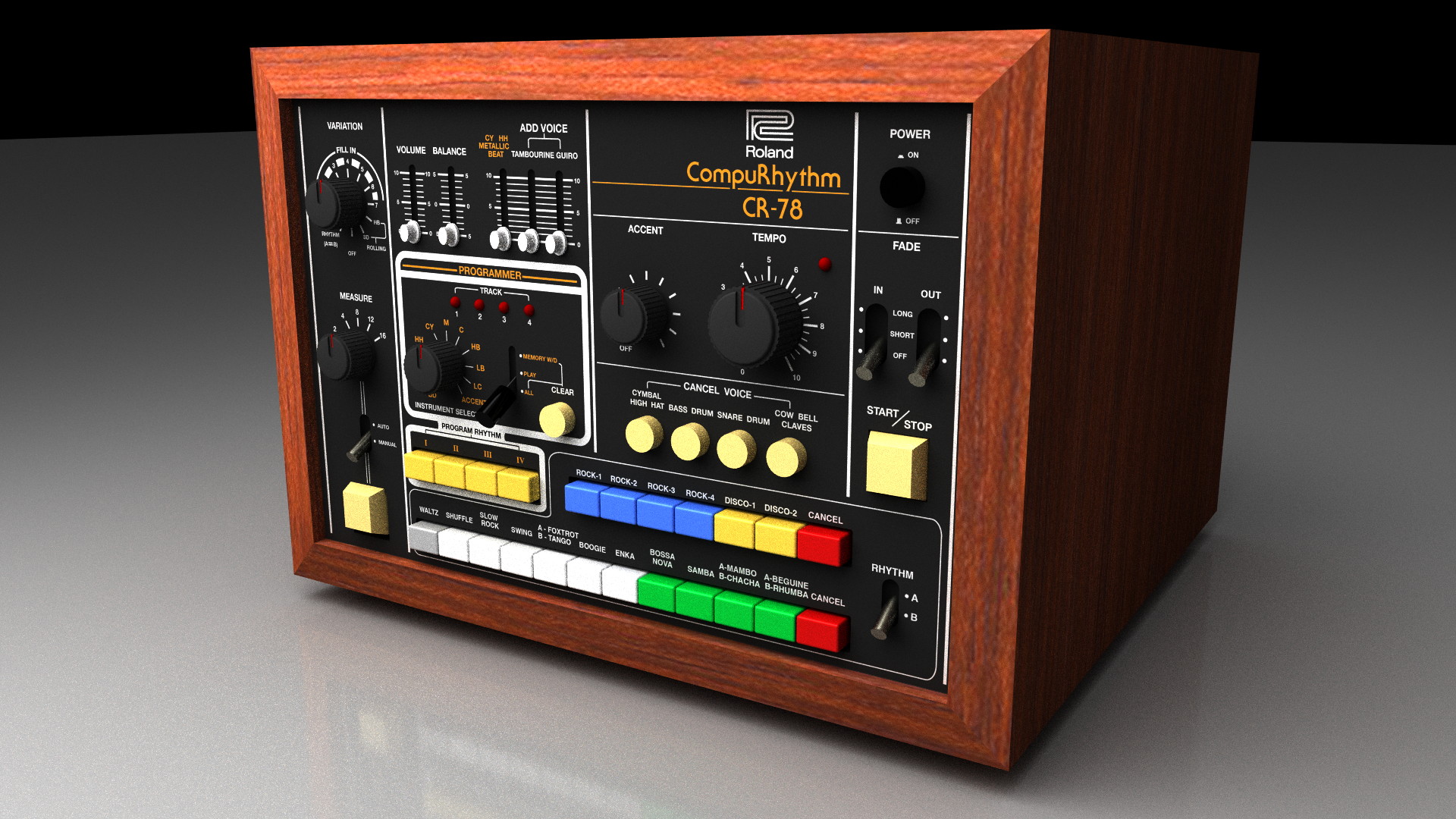 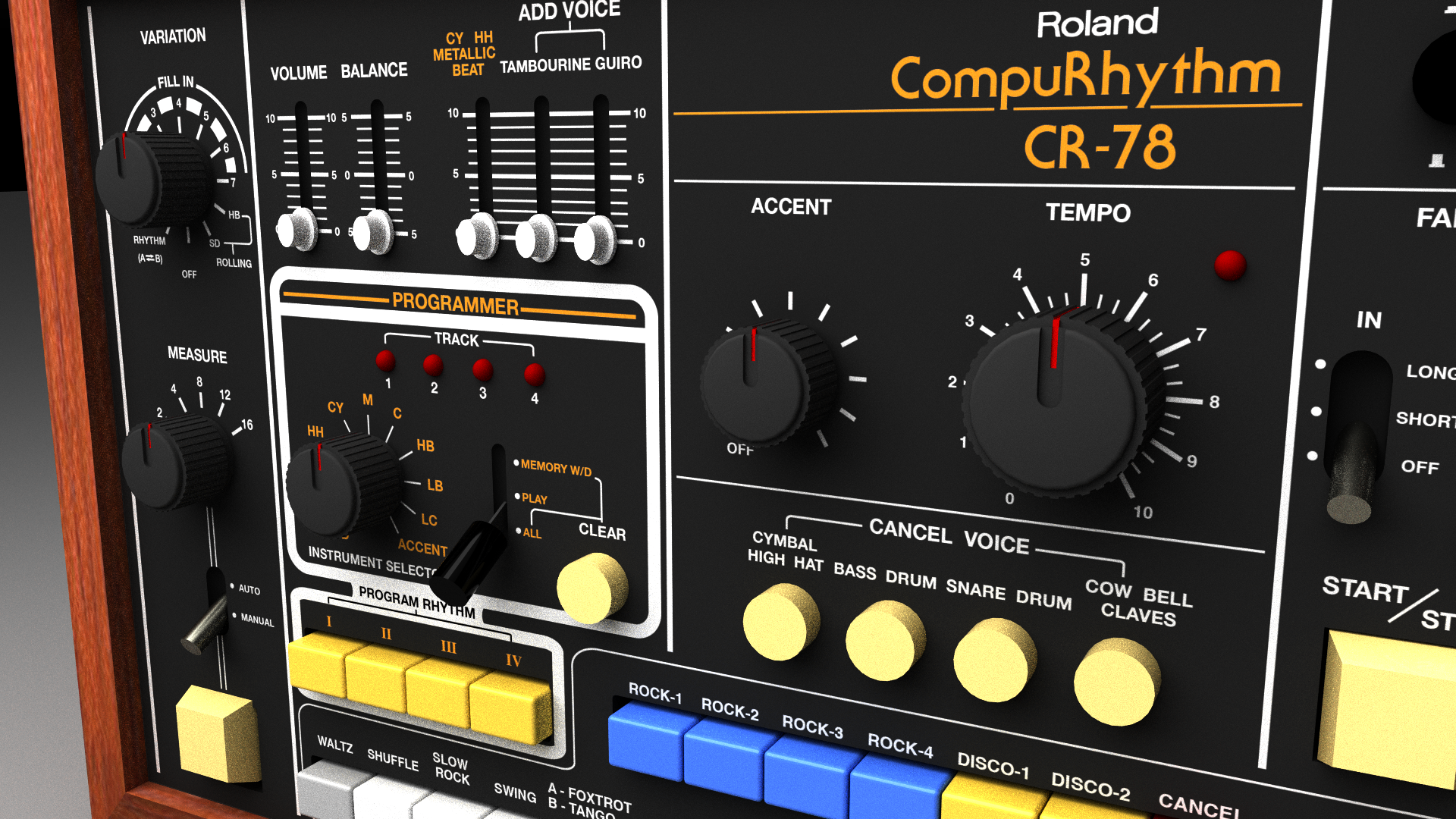 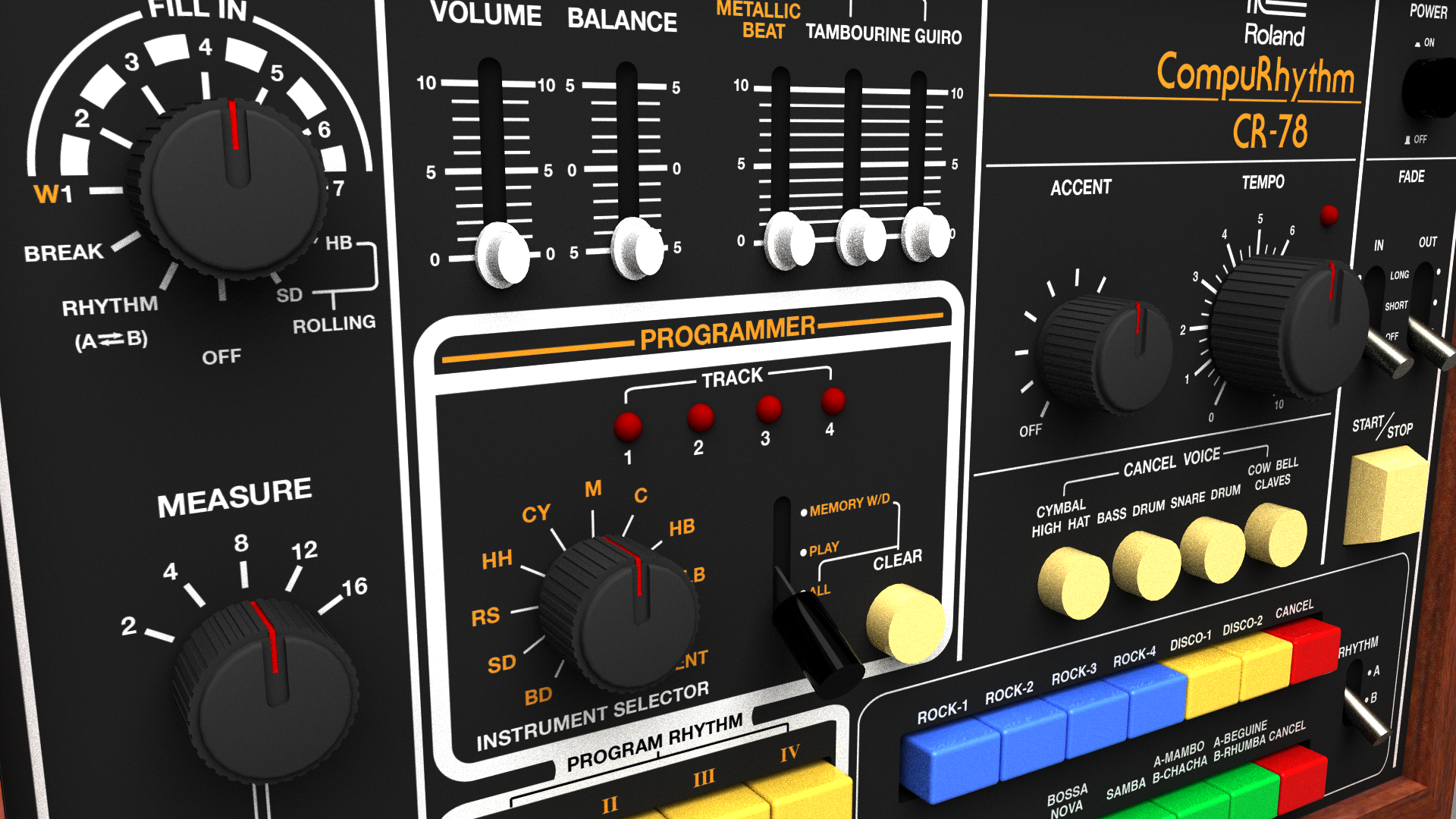 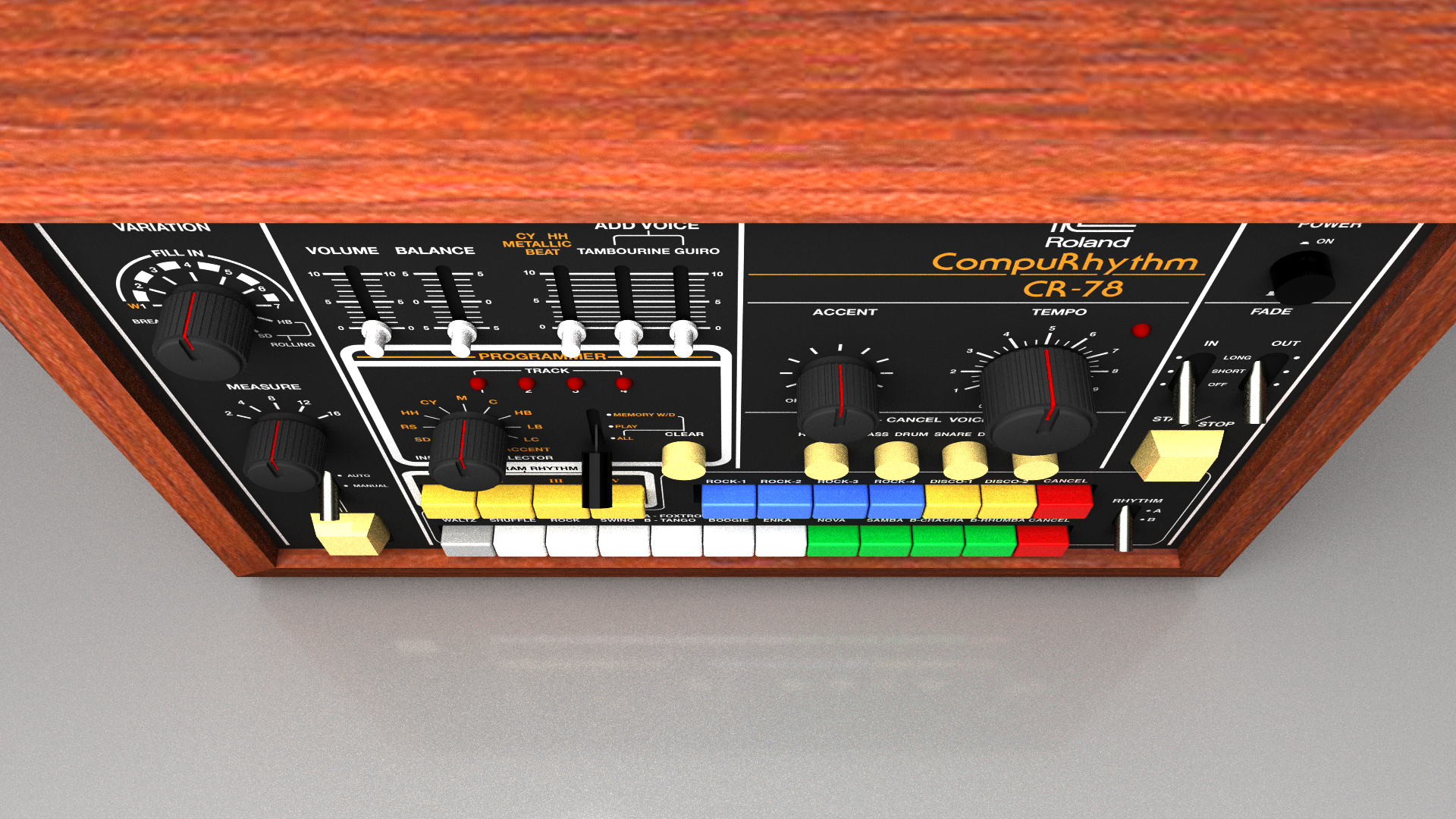 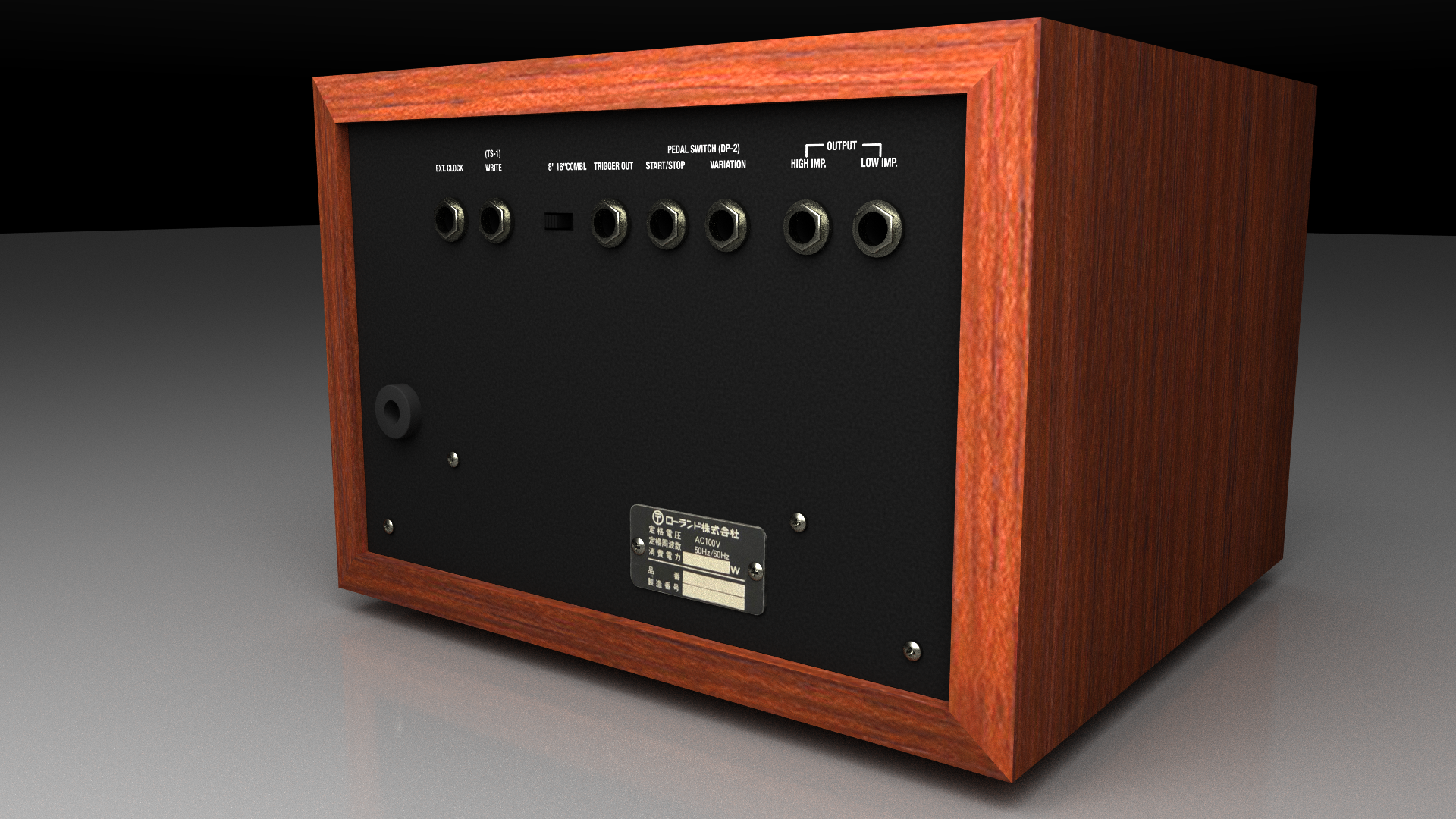 The CR-78 is not a drum machine, but rather a classic analog Rhythm Machine. It was released by Roland Corporation in 1978 and although primitive by later standards, the CR-78 represented an important advance in drum machine technology at the time. It was the first to use a microprocessor and allowed users to program and store their own drum patterns.

It had 34 built in preset rhythm patterns which could be varied at the push of a button. The CR-78 offered 14 analog drum sounds and four-note polyphony and, while it was nicely designed, its numerous bossanova, samba, mambo, beguine, rhumba and waltz presets did little to dispel the 'home organ' impression.

The CR-78 could be programmed using the standard TS-1 Memory Write Switch or the rather hard-to-find WS-1 programming switch. They allow for pattern programming via a step-programming method similar to that on the TR-808. You program 2 bar patterns one voice at a time. Each of the four voices could be independently muted from the front-panel allowing for building up and breaking down your rhythm patterns. Patterns could also be set to fade-in/out. User patterns were stored to battery-backed memory. The CR-78 also had external trigger using 24ppq V-Trig clock pulse.

The CR-78 was an almost unknown unit from its launch and three years onward. But that changed dramatically when Phil Collins released "In The Air Tonight" in 1981. Thanks to Collins the list of notable users now include Brian Ferry, Men Without Hats, John Foxx, OMD, Fatboy Slim, Gary Numan, Peter Gabriel, Hall & Oates, Ultravox, Blondie and many others.