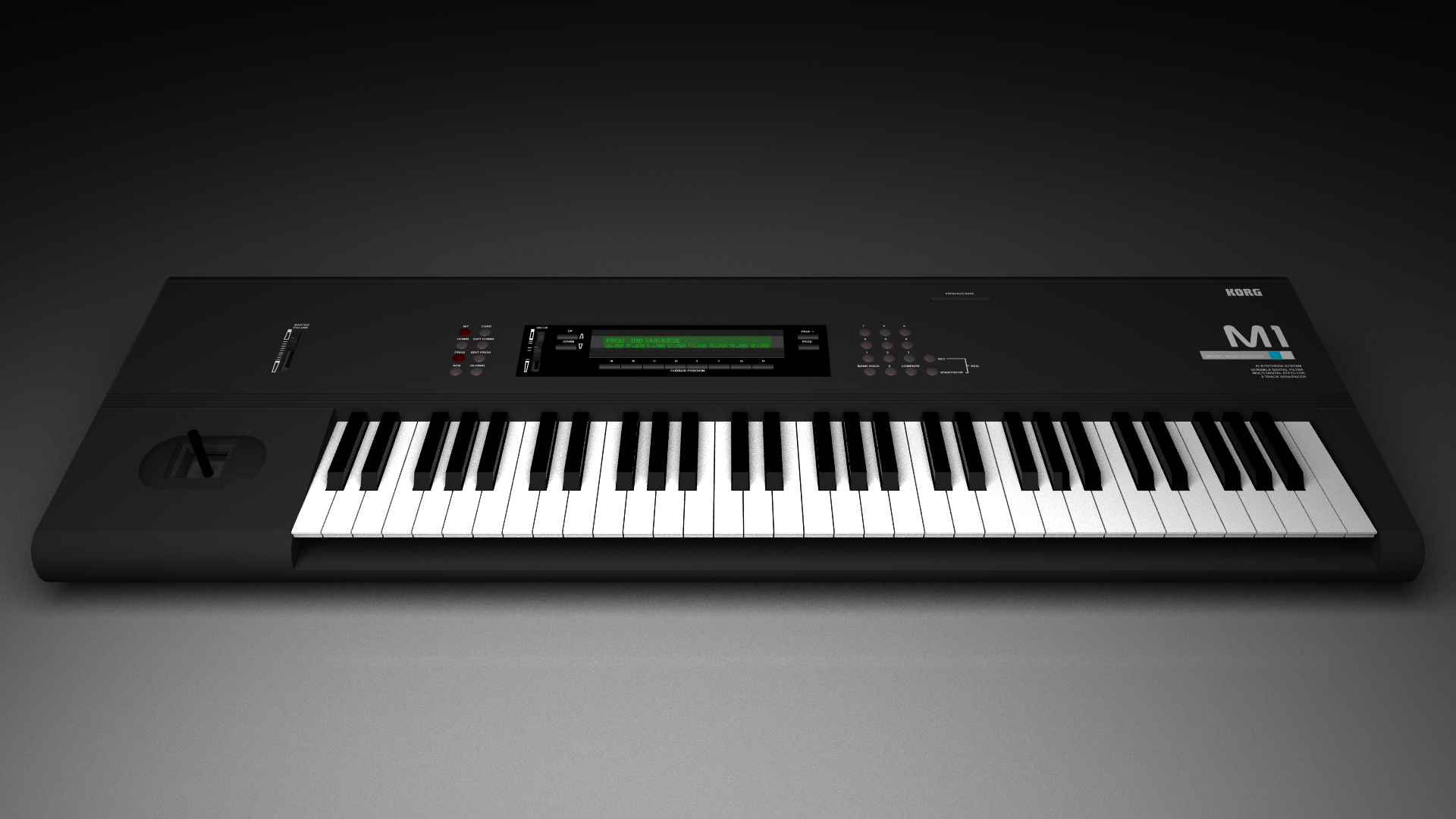 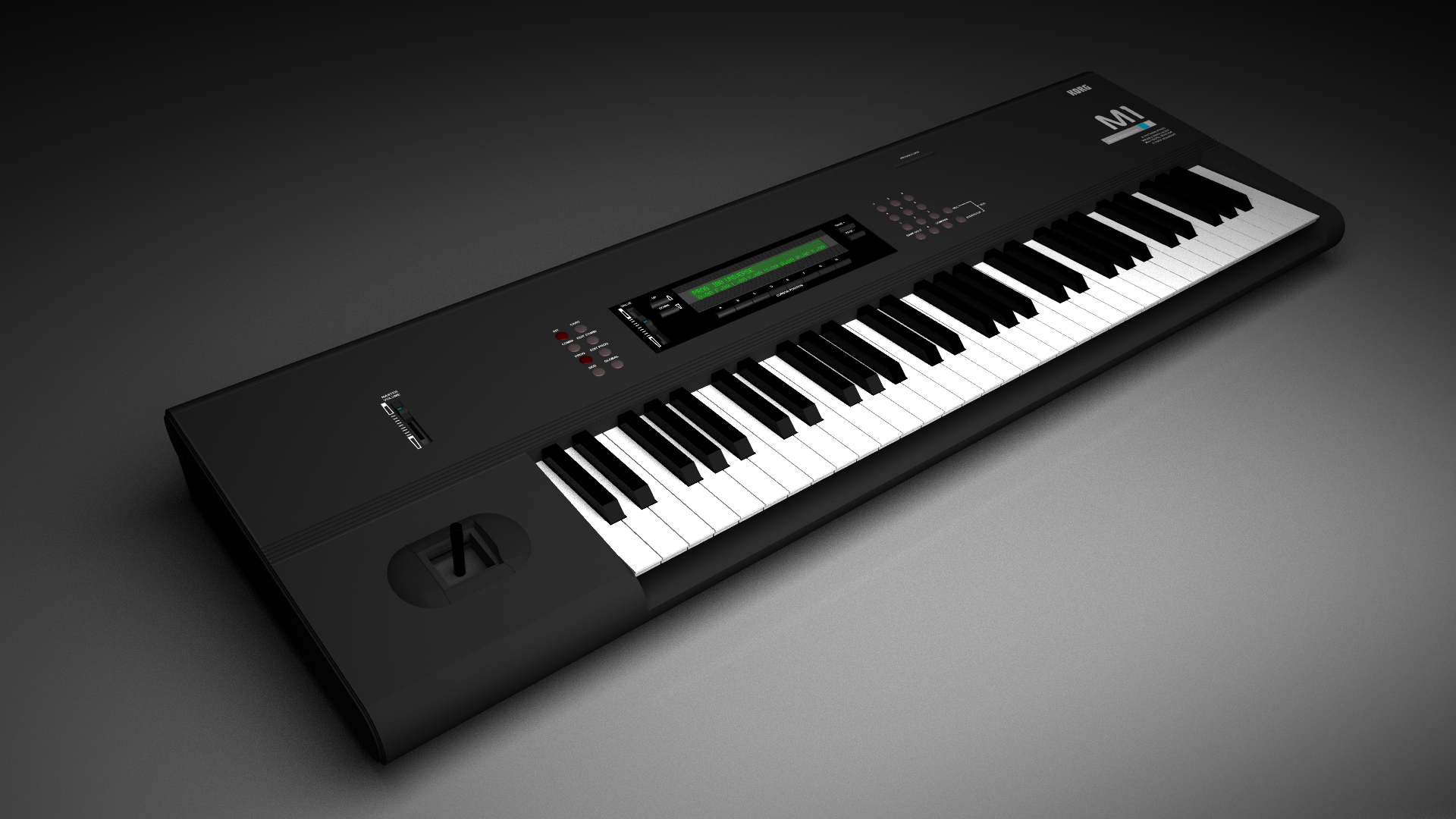 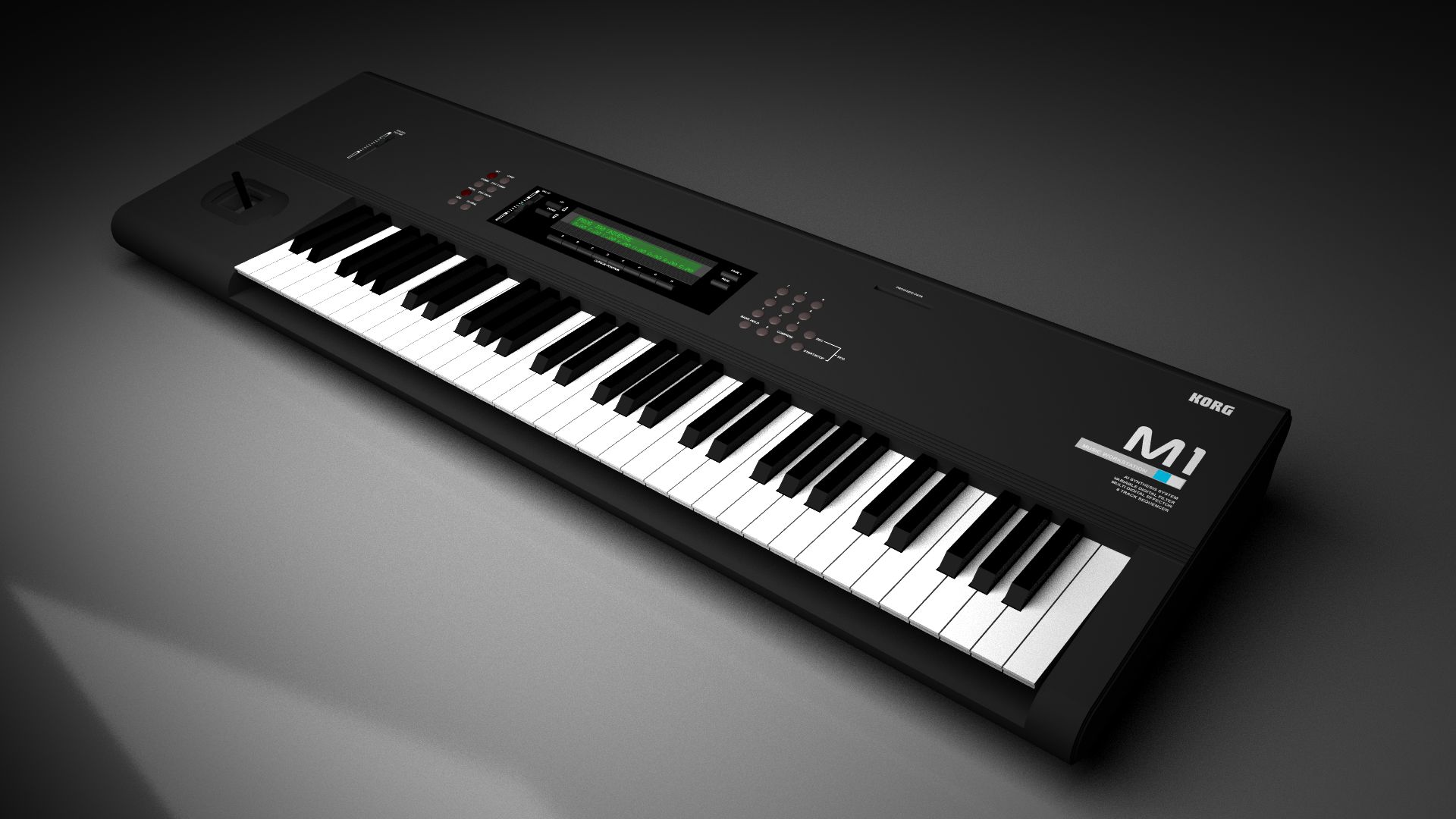 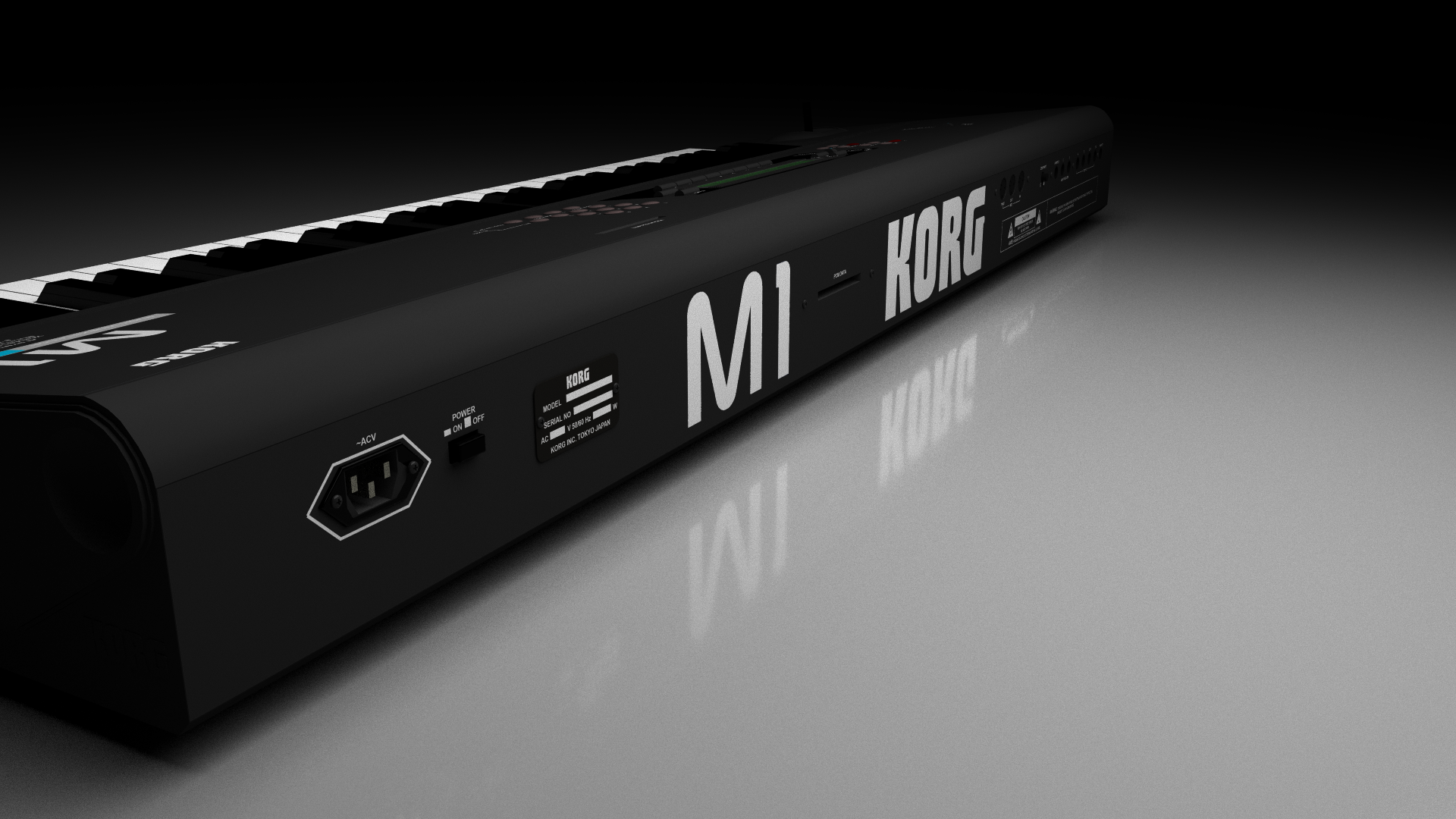 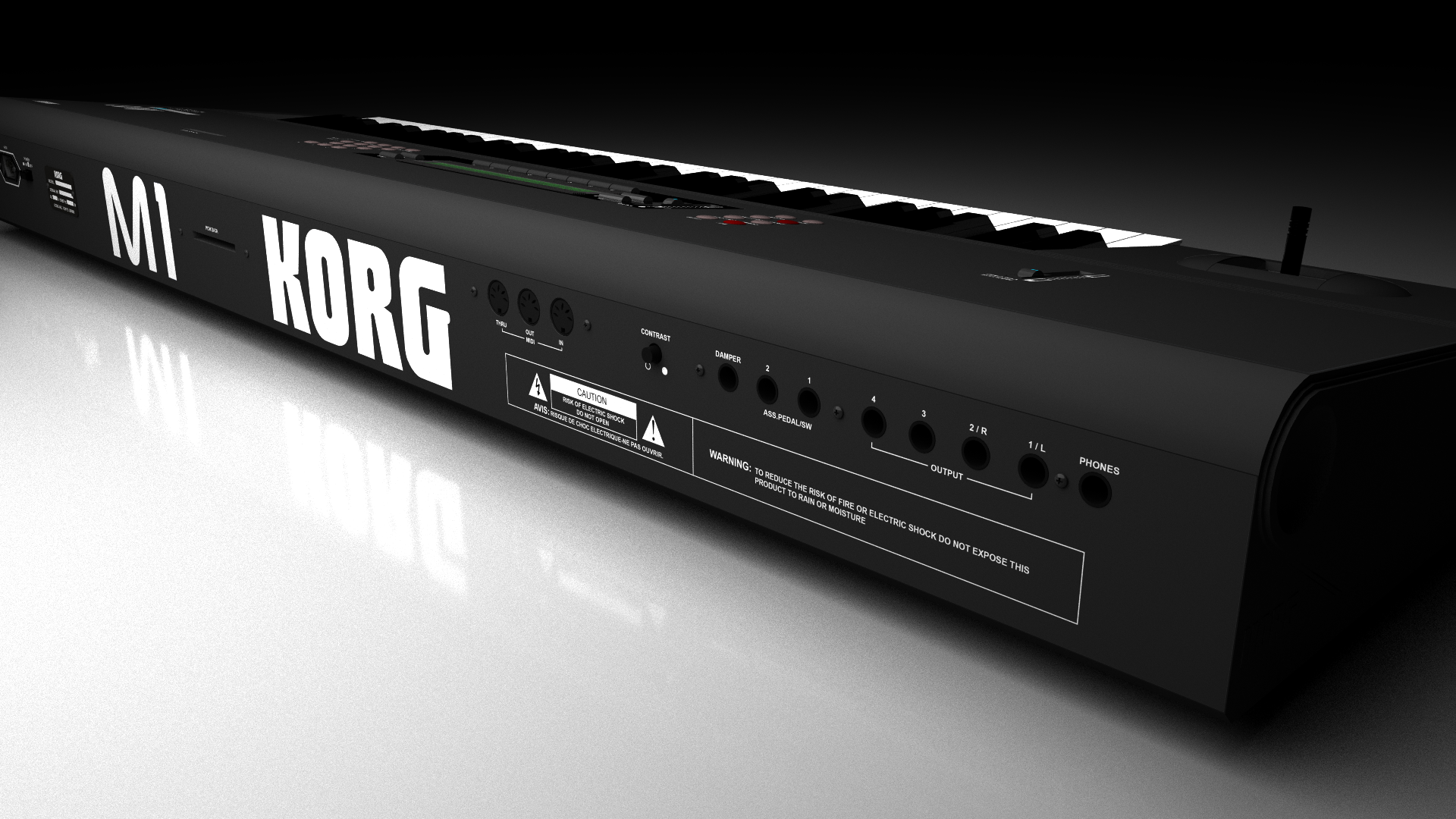 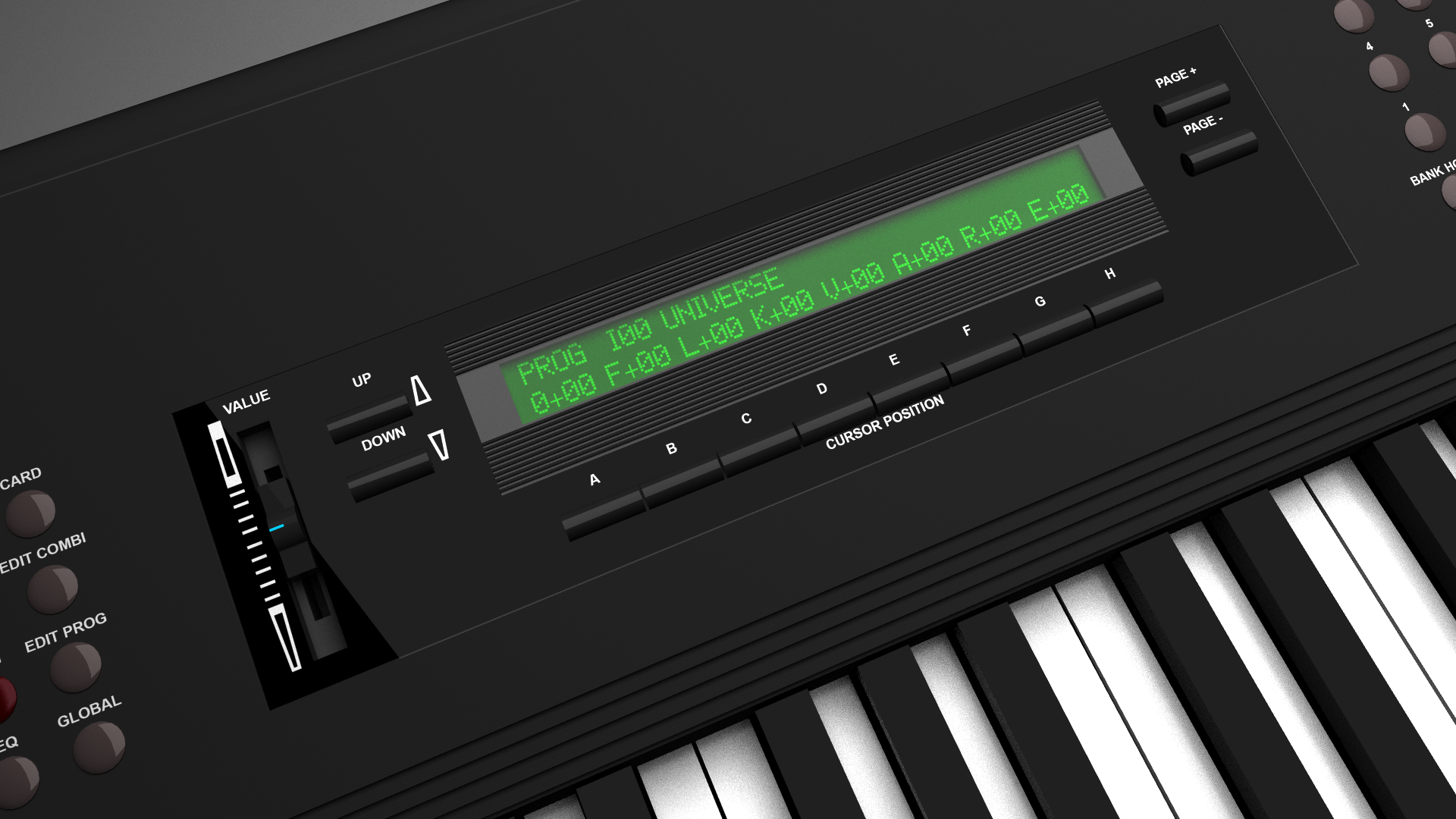 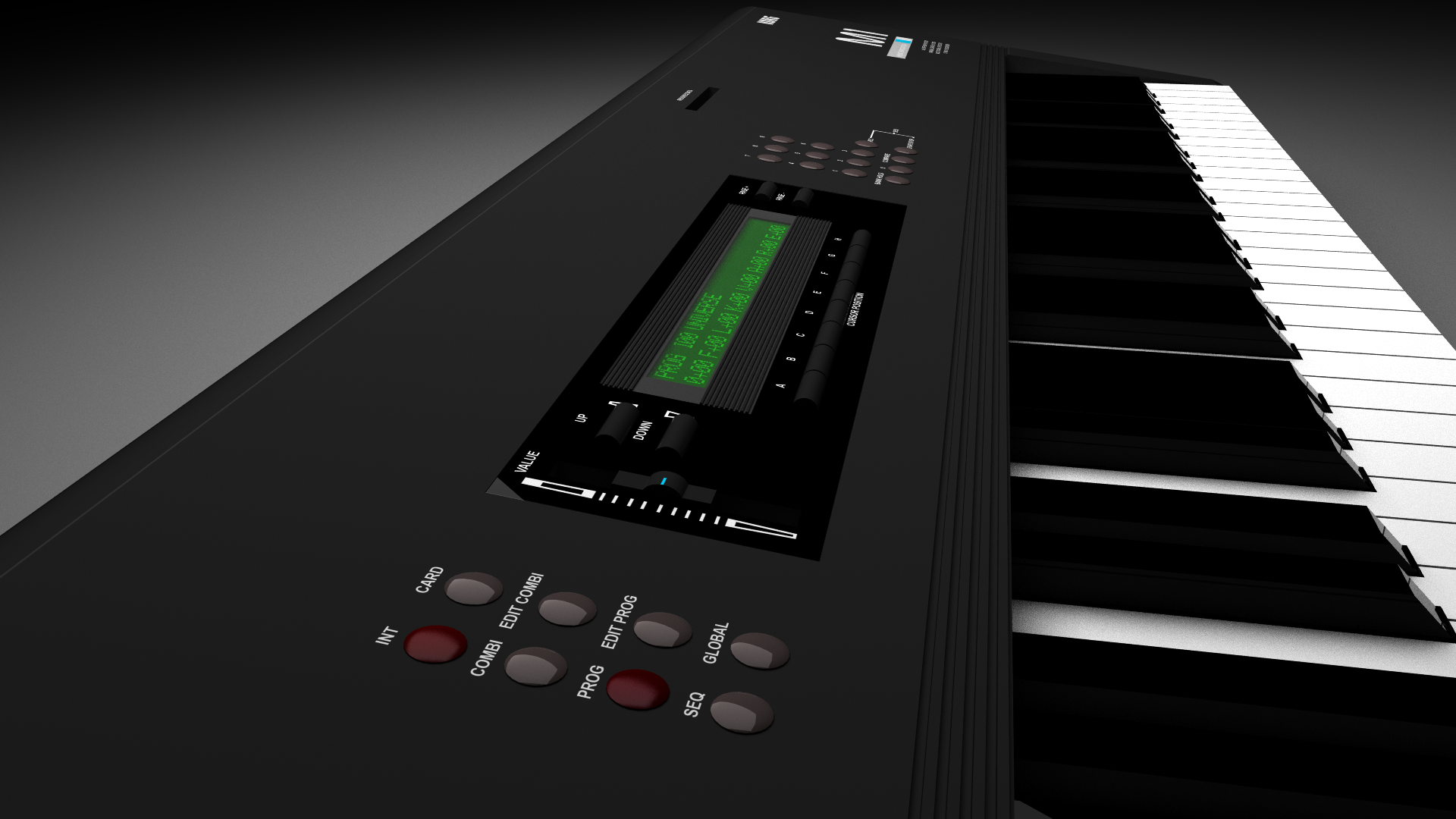 The M1 featured a 61-note velocity- and aftertouch-sensitive keyboard, 16-note polyphony, a joystick for pitch-bend and modulation control, an eight-track MIDI sequencer, separate LFOs for vibrato and filter modulation, and ADSR envelopes. Data could be stored on RAM and PCM cards.

The M1 also featured effects including reverb, delay, chorus, tremolo, EQ, distortion, and Leslie simulation, an innovative inclusion at the time. In many ways the Korg M1 was to the synthesizer what the Apple iPhone was to the mobile phone; It combined and implemented existing technology and features in a new way.

I believe that Korg learned a lot from their sampling synthesizer DSS1, released two years previous to the M1, in September 1986. The DSS1 was a 12-bit polyphonic sampling synthesizer and it came out at a time when many of the popular synthesizer companies were beginning to get into sampling. (This area of sound design had previously been left to a handful of fledgling companies such as Fairlight, E-mu, and Ensoniq.) Like Yamaha and Casio, however, Korg did not stay long in the sampling arena, and the DSS1 was really not a plain sampler; it was a digital synthesizer with sampling capabillities. Quite a few sounds from the DSS1 library also made their way into the ROMs of the M1. Talking of sounds; whereas previous synthesizers had shipped with sounds chosen for different markets, Korg chairman Tsutomu Kato and his son Seiki decided that their synthesizers should use the same sounds internationally. Korg assembled an international team to develop the sounds for the M1.

In 2006 the M1 was reborn as a virtual instrument for both Mac and Windows-driven systems.

If you ever listended to popular music produced after 1988, you have heard the sounds from the Korg M1.